I hope your new year is off to a great start, filled with plenty of new goals & dream chasing ahead! Can you believe its already the end of January… crazy!

For me 2016 is a year filled with new experiences in the world of triathlon. It will be my first time over to Europe for winter, chasing the International Elite racing season & following the summer weather. Basing myself with HPT  & my coach Mick Delamotte in Vitoria-Gasteiz, Spain.

A new & exciting challenge for the both of us & plenty of planning to be down between now & the end of May. (I also learnt this week that flights now go straight from Sydney-London- 23 hours… that’s nuts if you ask me!)

Racing wise the (ideal) plan is to continue progressing as an athlete, after all its only my second season as a professional ITU triathlete. This season I want to soak up all the elite level racing exposure I can get on the International stage! One big goal is to earn selection for the U/23 Elite Women’s squad for the ITU World Championships in Cozumel – Cancun Mexico, in September this year.

Funny enough I had a laugh with a friend over coffee a little while back, as World Champs is on around the same time as the famous U.S. Cancun Spring Break, & if you had of asked us 5 years ago back in high school, one of our bucket list destinations was exactly that- Go to Cancun Mexico for Spring Break. 5 years later & a complete 180 degree spin in outlook, mindset & drive! Living the #athletelife & I sure wouldn’t change a thing!! 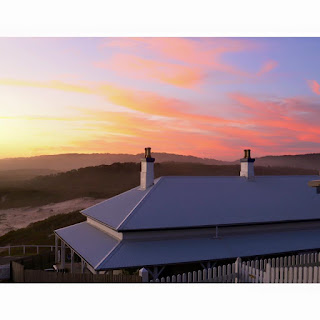 2016 for me kicked off with an awesome few days up the NSW mid north coast at the holiday house with my family of 6. Living ‘round the twist’ in our beautiful Sugarloaf Lighthouse Cottage at Seal Rocks it was great to have a few days of down time with the family, mixing in some hard training on the trails & ocean swim. Training sets that are endlessly calling your name up there, as you’re joined by dolphins & sea turtles almost every time! Mixing it up & coming home refreshed ready to dig in! 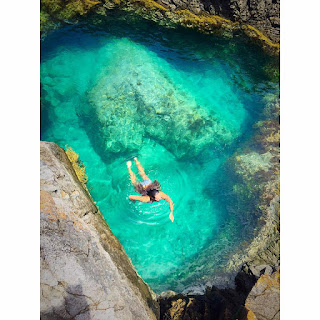 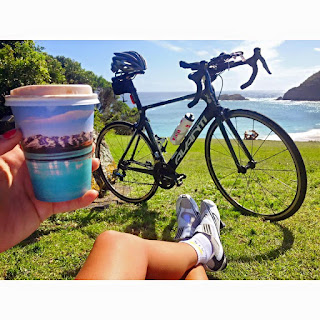 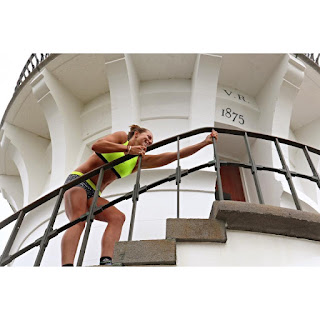 Life is all about balance & January has certainly been all about that for me with my last clinical placement to finish my 2nd year of 3 in a Bachelor of Nursing Advanced studies at the University of Sydney. 3 weeks in an acute mental health institute & I will be lucky to see the other side with my head screwed on right after my juggling act! Next year for Christmas I’m wishing for a few more hours in the day.
All that said I’m very excited to move into my 3rd & final year of study after this! 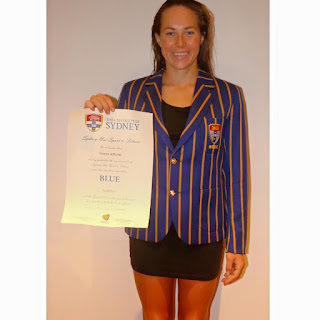 Back on track to what you all want to read about- triathlon. My first Triathlon to kick off the year was Race 2 of The Triathlon Series, at Kurnell on the 17/1. Always a great event, friendly atmosphere & attracts some big international superstars, with the likes of Craig “Crowie” Alexander racing this one- an honour to share the presentations with him… although I don’t know why people didn’t want any pictures with me? Haha. A good tester to see where I’m at & it showed just that. A pleasing swim/ride combo on my relatively new AVANTI Chrono TT Bike (my 3rd ever ride on it) put me up the road & leading coming in off the bike. 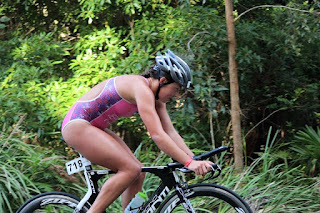 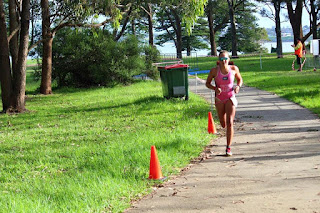 Leading from Nat Van Coevorden into the last XC run course. A confidence boosting run on some fatigued legs meant for an awesome day in the office coming across the line 1st, in what I hope will be one of many for this season! 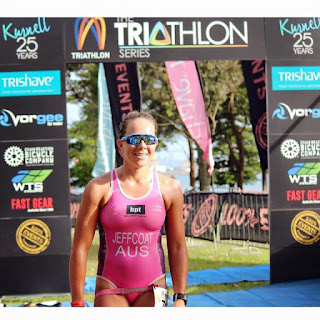 On Australia Day in true #athletelife style I was up at the crack of dawn ready to race in my 4th Australia Day Aquathon. An awesome event & great way to kick off your “Strayla” day- swimming & running around Wollongong in a green & gold Aussie Trisuit.

With the chance to come up against the best & some of the best international triathletes with the likes of Gwen Jorgensen (USA), Barbara Riveros (CHI), Amelie Kretz (CAN), & the rest of the fabulous Gong Wizards crew, you would be crazy to sleep in!! I wanted to hit the pace on the swim & really string out the field so I was pleased when I got off the line quick & found clear water from the gun. With Nat V C & Gwen not far behind as I excited the 2 lap swim ahead I new the race was on! And the race is certainly always on when you know Gwen, following an undefeated race season in 2015 & 2 time world champion, is chasing you down!

I was really pleased with my legs to “hang on” with the lead in the run until about 2km when Gwen passed, but unlike previous races I worked hard to not let her run away down the road too far! Tapping away, observing & learning on the go how the #1 champ steals the show!

I was happy to finish 4th, as the 1st Aussie home (AUSSIE AUSSIE AUSSIE- OI OI OI) among a great field of athletes. With the top 5 as Gwen, Barbara, Amelie, myself & Charlotte McShane. Thanks to Activate Events for another successful event, I’m sure to be back again in 2017. 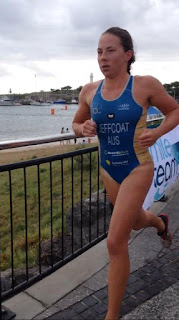 Now the focus turns to Race 3 of The Triathlon Series, at Kurnell against the Gong Wizards group again, this time with a bike leg thrown in the middle! Leading into Athletics NSW Open state 5000m track championships the following weekend & Devonport Oceania Cup Event the next (the key World U/23 Championships team Auto selection race- that will be a big one!)

I hope you’re all ready to follow the ADVENTURES OF A TRIATHLETE, hopefully filled with some great results, lessons learnt, growth & progression, laughter & spelling mishaps!

Hello 2016 & Thankyou Legends for another year of support!