Settling into 2016 & ... Well what a month!!
Kicking off the month with 4 big events on my mind ~ Starting with the annual Triathlon Series Kurnell "World Champs" against the Wollongong Wizards Crew, next the Athletics NSW Open state 5000m champs, before heading to Devonport Tasmania for the Australian Elite & U/23 Olympic Championships, & finally probably the biggest one for my very close family~ my sister, Meg, moves away to Wagga Wagga to study Veterinary science, the start of a long 7 year journey & for me- I’m losing my sister, bedroom neighbour, confident & a best friend as she headed off to chase her own dreams!!

Talk about a big month, & if that wasn't enough, my dad & younger brother Will were off in Papua New Guinea Surfing, Meg & I came down with an ear infection, forced out of the water for me, but for Meg it sent her into Hospital with a secondary systemic infection 3 days out from moving, & of course my youngest brother Ben couldn't handle not having any attention so into hospital he went the weekend of Devonport for acute Gastrointestinal issues- poor Mum or "Supa" mum as she's known.... Mother's Day isn't even nearly around the corner!!

But back on the Triathlon track, February was a month of hard work, specific prep focus & athlete management to keep the body in top form over the start of a busy block of racing. Spending my weekdays down south with newly Full time coach Mick (super exciting!!!) & the “Senior” pro's of the High Performance Triathlon crew, training hard. 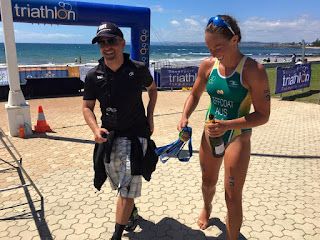 Kurnell "World Cup" was an exciting race! With another chance to verse current Undefeated ITU World Champ Gwen Jorgensen over the sprint distance, it’s never an opportunity I take for granted. How many athletes get that competitive opportunity in there own background! Last year a little battle emerged as I pulled away on the bike to establish a lead over Gwen which meant she only caught me with about 200m to go on the run, a dream race! This year I pushed the swim again, coming out with Gwen, Amelie Kretz & Tamsyn Moana Veale. 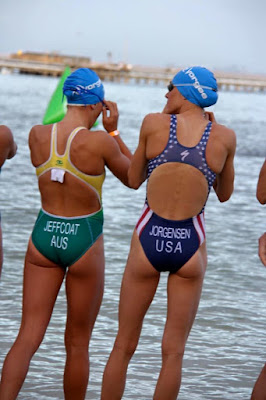 I pushed the pace on the bike the whole 20km to hold my lead but couldn't break away from Gwen & Amelie. Heading out onto the cross country style 5km run together it was absolutely awesome to fun stride for stride with the remarkable Gwen known for her killer run, but at about 1km she kicked it into next gear & I happily learnt again where that next level is, if your going to be beat, well at least it was against the best in the world hey! 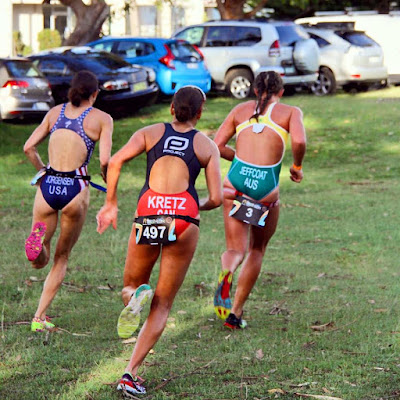 Finishing up in 3rd behind the USA & Canadian to be the 1st Aussie home. 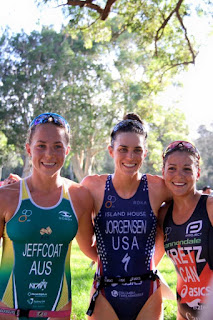 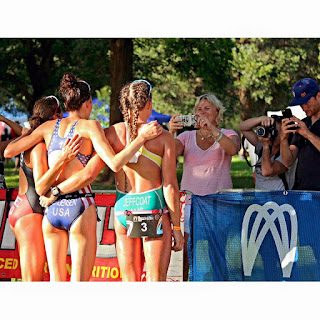 Sharing this one with my best mate Madi & Mum, that’s super special & something you don't take for granted these days travelling solo with races all over the globe! #athletelife. Post race it was straight back into training with more Gram Spam than usual from me with the awesome shots Mads took on race day. 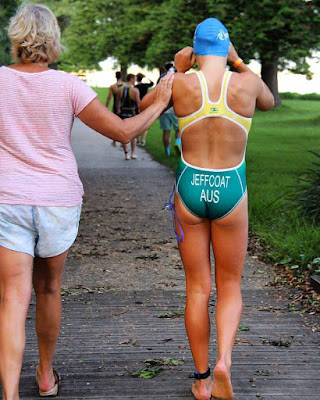 That nasty inner ear infection struck me a few days out from State 5000m, the water baby was stuck out of the water- not happy. Luckily it healed up pretty well after some lost nights sleep- if you've never had an earache, they are horrible! 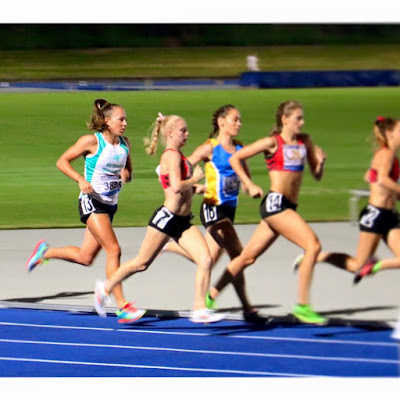 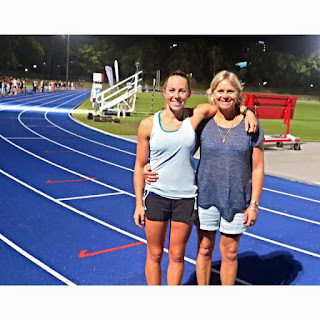 Leading into state 5000m I was hoping for a PB & something in the 16's as I felt my running was in good shape & I had been going well at training! On the night I didn't quite get there with a 17:02 official time. Non the less a solid race, holding it with the front pack until the last km, & finishing 4th across the line, & silver in the U/23 champs. Not bad for a triathlete against some slim running whippets! An easy qualifier for National Open Athletics Australian Champs in late March if I can fit it in coach.

Onto the last race for the month- Devonport Elite & U/23 Olympic Australian Championships & Continental Cup!! My first Olympic Race in a while! I was confident leading in with my form & the work I had behind me from training! This was the Automatic Selection Qualification Race for the 2016 U/23 Elite World Championship Team & I was looking to book my spot on that plane to Cozumel Mexico for Worlds in September! Anyone that has raced or watched the Devonport event before down in Tassie knows the famous North St brutal Hill of which we battle 8 times, it never gets an easier! But hey I hear the view is 10/10 as a spectator...

Feeling great pre race & focused! Loads of support from home which is always so reassuring when you know your friends & family have your back no matter what!

Hitting the swim hard to establish a lead out of the 18 degree chilly Tasmanian water, using this lead to hit the 40km cycle strong & make the girls catch me. 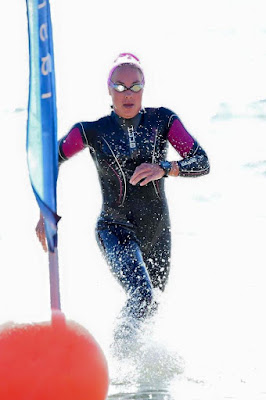 I love the dynamics of racing & this time I was out front, making a tough solo ride with those 8 "ouch" reps up North Street! I really enjoy the bike course, yep it's hard, but it means you can't hide, you either ride well & it pays off or you drop & pop & suffer later!
With cheers & support on course the whole 40km with most of the town crowding up along the North Street hill, silently thinking "thank god that's not me sucker” (I don't blame you!!) 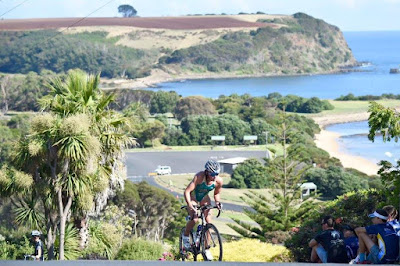 I hung on solo until the transition onto the run where I was caught by Barbara Riveros & Gillian Backhouse, I mean come on guys you could have at least let me lead into transition haha. 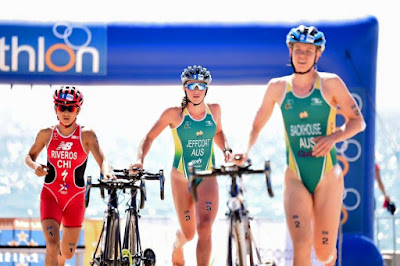 Out onto the 10km run, chasing the always quick Barbara from Chile, with a leg speed to boot, who is also off to her third Olympics in Rio this August! I held onto Gillian and took a lead out on the first lap, before my pace dropped off & the front two started to pull away the remainder of the run, my legs were pretty shot after that solid solo ride but I was pleased with how I held my form together both physically & mentally.

That last lap of the run where that U/23 Auto selection spot was close in sight was something I'll always remember. I don't think there was any chance of wiping the smile off my face! 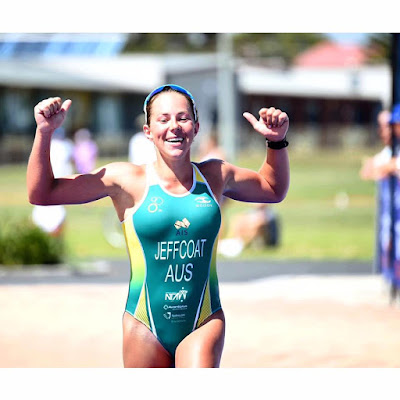 I was over the moon crossing that line! I had done it, booked my spot on the plane for worlds in Cozumel Mexico & can now turn my focus to this seasons big exciting races & preparation between now & then!

Lucky for me the win was captured brilliantly by the photo Ninja Delly! 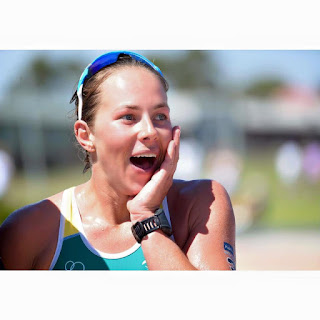 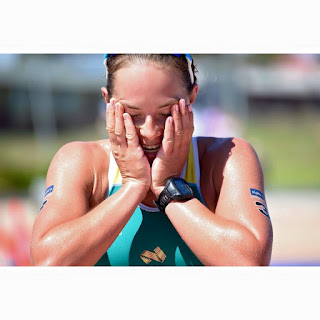 Champagne showers done just right on the podium. It was a brilliant day on the office! 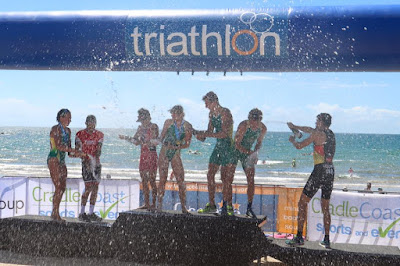 Triathlon Australia covered the race & my reaction afterwards well in this summary!

Consistent hard work, persistence through the hard times with real ambition & a love for what I do, it all played a part for me in that U/23 Australian National Championship Title. Along with the hard work of my coach Mick, team training environment & support staff of Symon, Andy & Michael from HPT & my amazing sponsors who make what I do so so much easier!! And of course all my AMAZING family & friends that put up with me, tough! I'll be on cloud 9 for a while I think!

February you were brilliant!
March- more racing abroad, travel, the AIS & Triathlon Australia National Talent Academy camp, & the start of uni for 2016 .... I hope March can play up to this!

I hope you enjoy the update!
Thanks for the continued support legends!!