A big hello everyone!

Where is 2016 going... I cant believe we're now in May, almost at the end of Autumn, or that I'm just 30 Days away from heading over to Europe for my first International Racing season. As someone who loves being out in the sun, it's certainly exciting to be chasing my first "athletelife" endless summer! 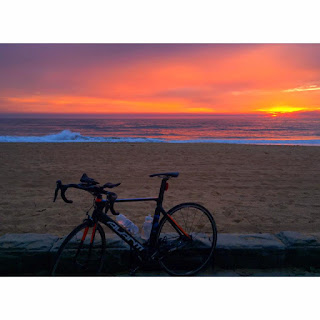 But lets not get ahead of myself with one month left at home tapping away training, plus my Supa Mum might start to get early onset separation anxiety if I start to talk too much about packing up & heading over to my new European home.  (Vitoria Gasteiz, Basque country- Spain)

April was another busy month, kicking off with my second World Cup Race which saw me making my way back to the beautiful New Zealand. This time to New Plymouth, on the west coast of the North Island. A town which has hosted the world cup event multiple times over the past decade. With the mighty snow capped Mount Taranaki as a backdrop over the town & fabulous trails, cycle ways, rivers, & coastline to train among & coffee shops to explore- its a travelling triathletes dream! 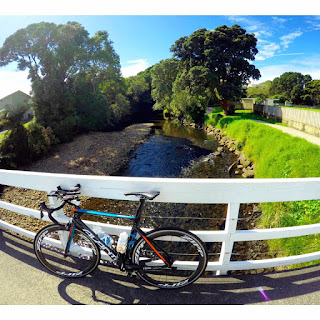 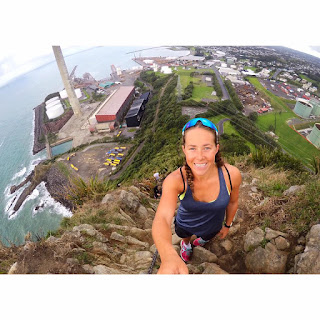 The World Cup athlete briefing was followed my an awe inspiring cultural Mauri Ora performance, finishing with the Haka, a brilliant show of strength that left a room full of international athletes silent. Not to mention the Dinner served up was one of the best vego lasagne's I've ever had!!


Race Day, 3/4/16, the weather gods were kind as the rain eased & the sun came out. The women kicked off the days racing with the likes of Gwen Jorgensen (USA) & Andrea Hewitt (NZL), at the pointy end of the field, starting their ITU 2016 seasons. A beach start saw us head off into the harbour Port over the 750m Sprint course distance. I got off to a good start & had established myself clear water early. As we made our way out to that first buoy the pace was ON, & no one was taking their foot off the accelerator! Elite World Cup racing with the added emphasis of Olympic qualification points on the line, no one was there for a cruisey Sunday spin! 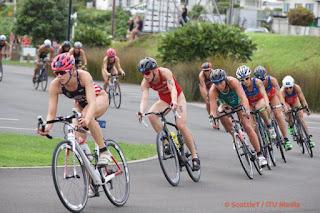 I got out of the water in about 4th, having sat on the feet of the front girls after turning the last buoy. The urgency was there as everyone wanted to make front pack on the bike. I got off & away & positioned myself into this front group. The 20km, 4 lap course was technical & had some punchy little spikes in it with some uphill sections & plenty of turns. Girls were popping & dropping off the back!

What started as 22, quickly diminished over the fast & furious bike, till we hit transition with just 14 athletes still in that front pack. With strong riders in the mix, there were some small attacks thrown in & this certainly stung my legs as I experienced a new level of hurt on that course. I learnt that at this elite level, feeling just slightly off your game & a bit flat, where usually you can tuck in & play it  smart, well that safety rope is not here- there is no where to hide, a bad day really shows! I worked hard to stay focused on my processes, but some small technical mistakes took their tax & after that tough bike leg I hit the run & .... to be blunt... went backwards. 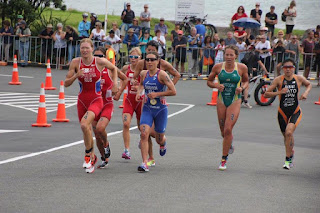 A disappointing finish leg to my second World Cup experience, not a reflection of the hard work Mick & I had been putting down at training to continue developing. A missed oppourtunity to push myself against the best in the world, & instead it was an internal battle to the finish line. Just ask training buddy Kaidi from Estonia or Grace & Tammy form the Wizards, who were out on course giving feedback on form which turned to encouragement by the later laps ... haha thanks girls!

Not stressed over the outcome finishing in 33rd, just disappointed & frustrated but I have taken away many lessons from this race which Mick & I have implemented into training to set me up so that next World Cup I am ready to rumble! I was leaving with a bit of Whittaker's chocolate to take home...  (the best chocolate ever....) Winning! 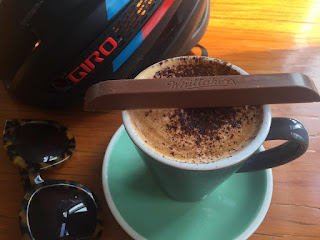 Settling home, struck with a cold type flu bug for the week, which I felt creeping in over in NZ meant I took the week off & was able to pack my bags at the end of the week & jet off again, but this time minus a bike. Oh the ease travelling.... lighter!

I was off with the HPT squad to watch the Olympic automatic selection event for many countries, including Australia, as part of the Jewel Gold Coast ITU World Triathlon Series Event. Such an awesome energy in the air on race day, this carried through as Emma Moffat & Ryan Bailie qualified automatically for Australia with top 10 positions. 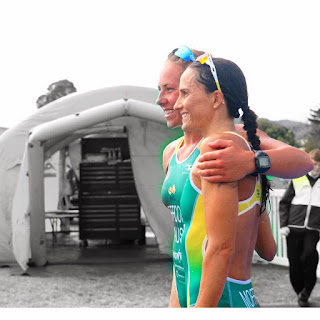 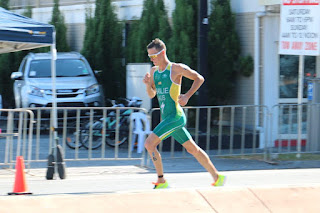 Great, strong, & dominant racing by both fields at the top end. Always a pleasure to learn from the best, but hard to stand still & watch as any athlete knows its always better out on course!! 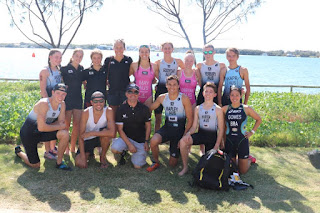 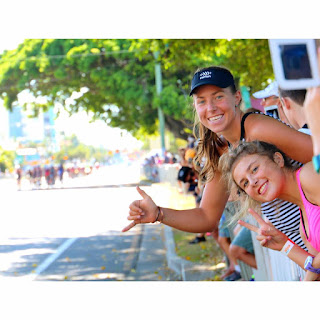 Cheering on the gang at Luke Harrop Tri the following day before heading back home & into training to lead into my last race of the Domestic season- Penrith Oceania & Australian Elite & U/23 Sprint Championships.

I was lucky enough to have my aunty & uncle & cousins who live in the Blue mountains open up a room like many time before for me to stay around race day, with the added bonus of them & Mum out to support me on race day, its always a pleasure being able to race in front of your family & friends, setting out to do them proud!! 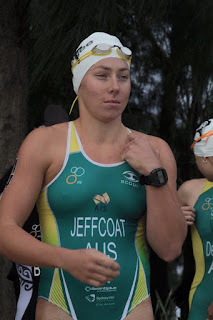 I wanted to finish what had been a brilliant 2016 domestic season on a great positive note & put to work the hard yards I had done through training. With the likes of Dani De Francesco,  Jaz Hedgeland & Sophie Malowiecki there it was going to be a very quick day of racing. 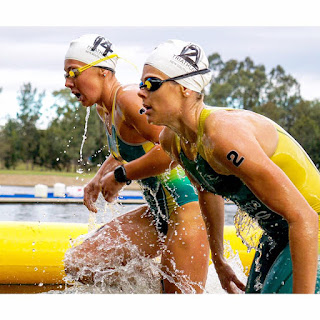 Dani & I hit the swim & got a gap on the rest of the field, always a pleasure working alongside one another. The pace was on from start to finish on the flat & fast 20km bike around Sydney International Regatta Centre & the front pack of Dani, Jazzy & myself took strong turns working efficiently together to continue pulling away from the rest of the field. 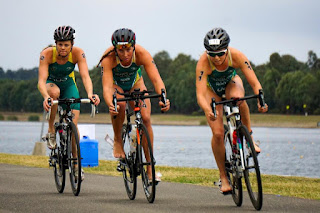 Getting off the bike, it was Jazzy & I who headed off toe to toe. 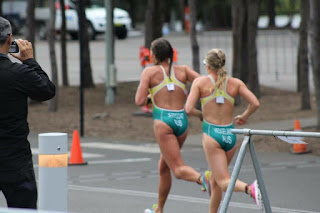 We settled into a great little battle, to Jaz's credit she put in a great surge over the hill & pulled away, & on the day I didn't have right reaction & I let the elastic band "snap" as they say. With a strong run to finish from the both of us, Jazzy took the win & I would finish my 2016 domestic season with a Silver medal in both the Australian & Oceania Sprint Championships in both the U/23 & Elite category. 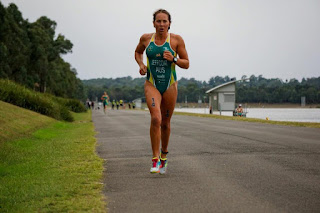 How's that for confusing, put it this way  it was a fun little medal presentation walking away with 4 medals & a fair few step ups onto the podium haha. 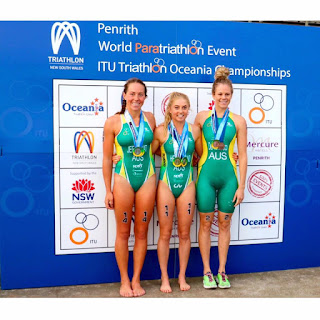 I earnt myself that great positive ending to my Domestic season that I was after. I said to Mum that if you had of told me back in Feburary that I would walk away from my busiest & most exciting racing periods to date with the many Oceania & Australian titles, my first two World Cup series races, & plenty of positive outcomes (as a result of plenty of hard work, process focus & drawing from lessons learnt along the way) than i would have probably laughed it off, & said soemthing like "Oh i wish." So to be able to look back now & reflect on this block of racing is very satisfying as an athlete & leaves me super excited to contine to develop, challenge myself & keep enjoying the process of chaisng my dreams!! 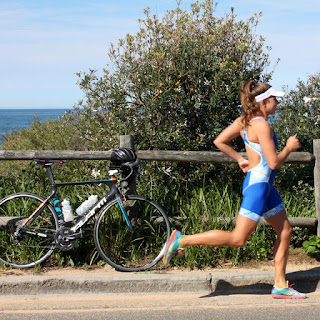 A massive thanks to Mick my super coach, My training group at HPT, Triahtlon Australia for their support & the NTA program, my sponosors who I wouldn't have ben able to fo it without & my beautiful family & friends who don't forget me despite rarely being home for 48 hours at a time. 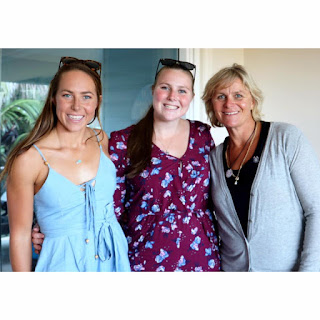 So back to the present, the start of another month, time to settle back down to training with a bit of time off racing! It will be no time at all before the International Racing season kicks off for me in Europe & later in America ending with the ITU World U/23 Chamoiiosnips in Cozumel Mexico.

Thanks for the read legends,
I hope you enjoyed keeping up to date over the last few cazy months!!